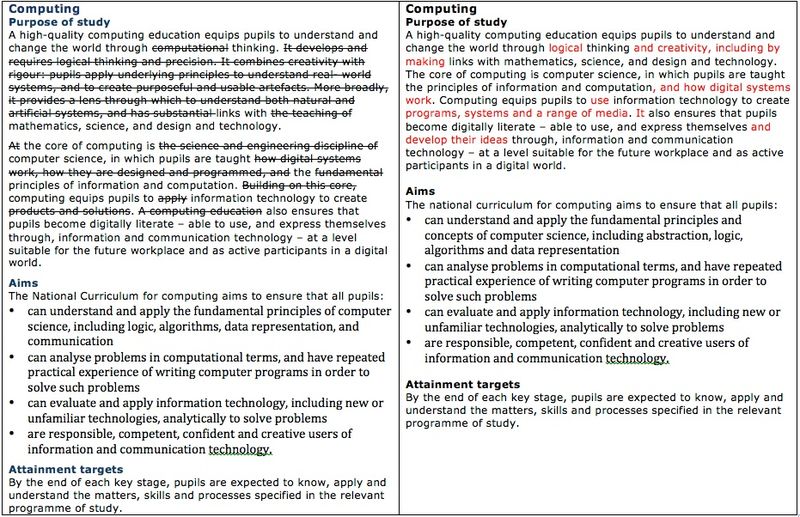 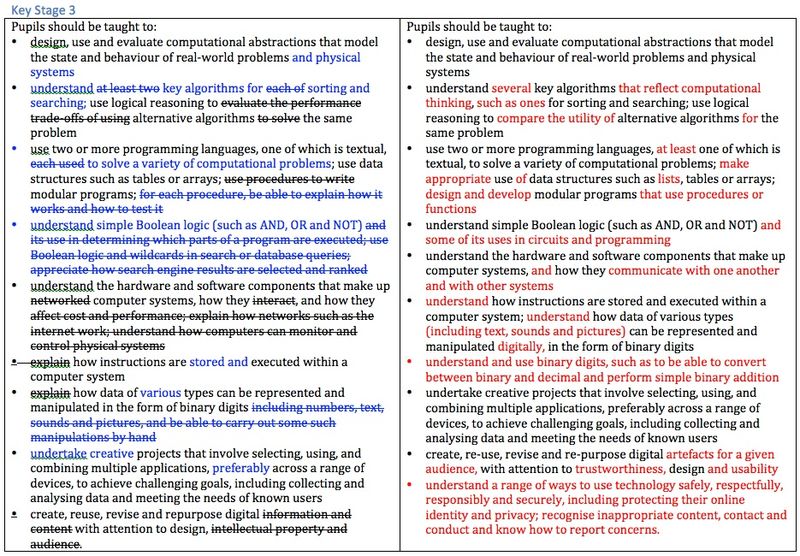 Comparison of the draft ICT PoS and the latest Computing PoS