Final version of the Computing PoS

Return to PeterT's bliki
The new National Curriculum is out. The Computing Programmes of Study hasn't changed much - but for the sake of completeness I have provided an analysis by Key Stage.

Note: This image was changed on the 24-Sept-2013 to correct an error in the original version. 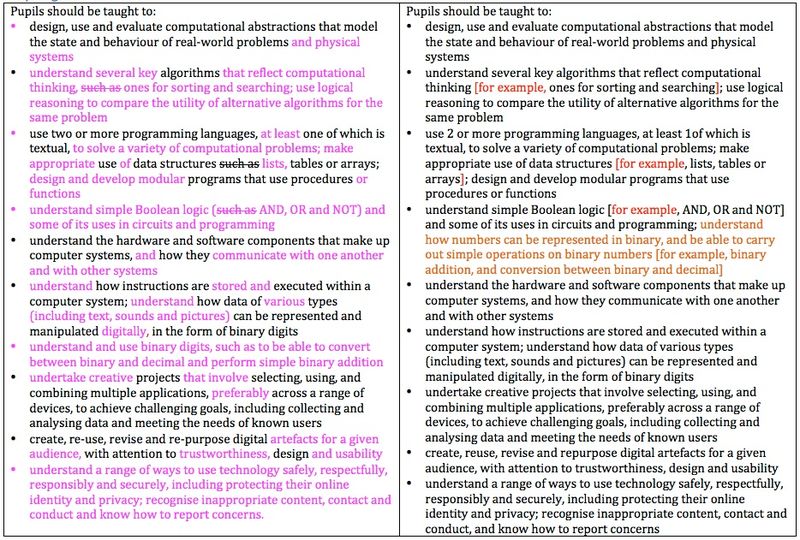